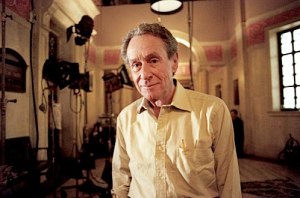 Finally, something actually worth reading. Facebook actually came through. Thanks, Mark Cabus, for posting this. Shared without further comment:

“I do not want to know another thing about what a nice guy or gal someone on the stage is: This is entirely irrelevant to me. Some sort of desperation has crept into our theatre–all of our arts, really, but we’re discussing theatre–where we feel a defensive wall is erected around the meretriciousness of our work by highlighting how hard someone has worked; how many hours they’ve put in at the soup kitchen; how many hours they spent researching the aphasic mind in order to replicate the actions of one; how many ribbons sweep across their breast in support of causes; how much they love their lives and how lucky they feel to be on Broadway!

There is very little art, but there is a great deal of boosterism. Fill the seats; buy a T-shirt; post something on the Internet; send out an e-mail blast.I’m in my eighties, and I think I should have left this earth never knowing what an e-mail blast was.

I saw a play recently that was festooned with understudies: Not the actual understudies, but the hired, primary actors, all of whom performed (if that is the word) precisely like a competent, frightened understudy who got a call at dinner and who raced down to take over a role. No depth; no sense of preparation. These were actors who had learned their lines and who had showed up. And that is all.

I spoke to the director afterwards. By all accounts a nice and talented and smart guy. I asked him why a particular part in this play–a Group Theatre classic–had been given to this certain actor. He’s a great guy, was the response. Prince of a fellow. Well, perhaps, but send him home to be a prince to his wife and children; he is a shattering mediocrity. But nice and easy counts far too much these days. Another director told me–proudly–that he had just completed his third play in which there wasn’t one difficult player; not one distraction; not one argument. Can I add that these were among the most boring plays of our time? They were like finely buffed episodes of Philco Playhouse: tidy, neat, pre-digested, and forgotten almost immediately, save for the rage I felt at another missed opportunity.

All great work comes to us through various forms of friction. I like this friction; I thrive on it. I keep hearing that Kim Stanley was difficult. Yes, she was: in the best sense of the word. She questioned everything; nailed everything down; got answers; motivated everyone to work at her demonically high standard. Everyone improved, as did the project on which she was working, whether it was a scene in class, a TV project, a film, or a play. Is that difficult? Bring more of them on.

Is Dustin Hoffman difficult? You bet. He wants it right; he wants everything right, and that means you and that means me. I find it exhilarating, but in our current culture, they would prefer someone who arrived on time, shared pictures of the family, hugged everyone and reminded them of how blessed he is to be in a play, and who does whatever the director asks of him.

Is Warren Beatty difficult? Only if you’re mediocre or lazy. If you work hard and well, he’s got your back, your front, and your future well in hand. He gets things right–for everybody.

No friction. No interest. No play. No film. It’s very depressing.

I don’t want to know about your process. I want to see the results of it. I’ll gladly help an actor replicate and preserve and share whatever results from all the work that has been done on a part, but I don’t want to hear about it. I’ve worked with actors who read a play a couple of times and fully understood their characters and gave hundreds of brilliant performances. I don’t know how they reached that high level of acting, and I don’t care. My job is to provide a safe environment, to hold you to the high standards that have been set by the playwright, the other actors, and by me. I hold it all together, but I don’t need to know that your second-act scene is so true because you drew upon the death of your beloved aunt or the time your father burned your favorite doll.

Now the process is public, and actors want acclimation for the work they’ve put into the work that doesn’t work. Is this insane? Read the newspapers, and there is an actor talking about his intentions with a part. I’ve pulled strands of O’Neill into this character, and I’m looking at certain paintings and photographs to gain a certain texture. And then you go to the theatre and see the performance of a frightened understudy. But a great gal or guy. Sweet. Loves the theatre.

Every year or so, I tell myself I’m going to stop going to see plays. It’s just too depressing. But I remember how much I love what theatre can be and what theatre was, and I go back, an old addict, an old whore who wants to get the spark going again.

I don’t think we can get the spark going again because the people working in the theatre today never saw the spark, so they can’t get it going or keep it going if it walked right up to them and asked for a seat.

It’s a job, a career step, a rehabilitation for a failed TV star or aging film star. I got a call from one of these actresses, seeking coaching. I need my cred back, she said.

I don’t want to just shit on the theatre: It’s bad everywhere, because it’s all business, real-estate space with actors. It’s no longer something vital. I used to think that the theatre was like a good newspaper: It provided a service; people wanted and needed it; revenue was provided by advertisers who bought space if the paper delivered, but profit was not the motive–the motive was the dissemination of truth and news and humor. Who goes to the theatre at all now? I think those in the theatre go because it’s an occupational requirement: They want to keep an eye on what the other guys are going, and they want to rubberneck backstage with those who might use them in the future. But who are the audiences? They want relief not enlightenment. They want ease. This is fatal.

I talk to Sidney Lumet. I talk to Mike Nichols. I ask them if I’m the crazy old man who hates everything. You might be, they say, but you’re not wrong. They have the same feelings, but they work them out or work around them in different ways.

The primary challenges of the theatre should not always be getting people to give a shit about it. The primary challenge should be to produce plays that reach out to people and change their lives. Theatre is not an event, like a hayride or a junior prom–it’s an artistic, emotional experience in which people who have privately worked out their stories share them with a group of people who are, without their knowledge, their friends, their peers, their equals, their partners on a remarkable ride.” ~~ director ARTHUR PENN 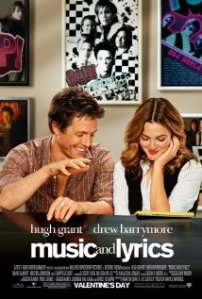 As artists, we sometimes find ourselves taking projects just to keep working. The performing arts can oftentimes be a ‘what have you done for me lately’ industry, where your most recent effort on  stage or screen becomes the entirety of how you’re viewed. To keep yourself in the eye of people who could/should be hiring you in the future, and to prevent the formation of artistic ‘rust’, you continue to work.
I know, as an actor that work itself is hard enough to come by, and completing roughly 3 full productions a year, plus or minus film work and voice-over gigs, is a pretty good pace. However, I’m not always doing the work I have a desire to do; the work that inspires and compels me to do it.

Which brings me to “Music and Lyrics,” the 2007 romantic comedy starring Drew Barrymore and Hugh Grant. I really was taken with this film, because I love music, lyrics, romantic comedies, Hugh Grant and Drew Barrymore. It’s a story about honesty, artistic excellence, and integrity. Oh yeah, and two really neat characters fall in love. Formulaic? Yes, however there’s some great stuff in the formula, and it’s executed so well that I find myself drawn nearer to the characters, themes, and plot, rather than distanced from them.

In it, Hugh Grant’s character, an aging 1980’s pop star coming to terms with his nostalgic fame and lowered expectations says, referring to his accomplishments in light of his greatest musical influences (Smoky Robinson, Bob Dylan): “They write DINNER. I write dessert.”

Dinner. A satisfying meal that sustains one through the night. Simple or complex, it is artistic food he’s getting at. While I’ve grown through each project, developed as a performer and refined my craft with each opportunity to work and perform, I find myself really yearning for those fulfilling roles. The ones that stick to the audiences’ ribs. The roles people take home with them. I’ve had a taste of this in the last year and a half. I’ve had the great fortune to bring Dietrich Bonhoeffer and C.S. Lewis to the stage. I’ve also left my mark as Aguecheek in ‘Twelfth Night’ and formed part of a tremendous ensemble in ‘Antony and Cleopatra’. I stand behind all my work, but I find myself hungry again.

As another year draws to a close, I find myself making lists (it’s a compulsion of mine) and thinking about the year to come. A colleague recently asked me what roles I WANT. Not what roles I could be interested in, but what I desire to do; roles with words that compel me to speak them. What roles do I want?