In the collaborative world of the performing arts, in this case, theatre, an actor rarely finds his work performed in a vacuum (unless you’re into some craaazy performance art.) By this, I mean that not only does your work and craft exist on stage next to that of your scene partner, but your work is put before he audience in concert with the work of designers and builders of all the physical elements of the production, as well as the lighting designer, and the sound designer, choreographer, director.
At no time does this strike me more than during ‘tech’ rehearsals. It’s during these rehearsals, usually just before the first dress rehearsals and first audiences of a given work, that all the elements of production come together with the acting work done in the rehearsal hall, in a more or less organized way. 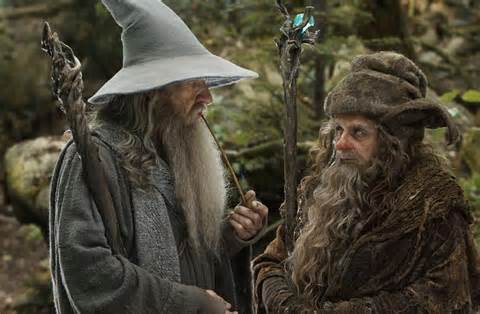 And this brings me to the title of this post. I’m working with wizards. Yep. Long beards, interesting hats, magical staves, robes. Funny names, usually with a color in there somewhere. Wait. No.

I AM working with wizards. They may not stand out in the way they dress, or in their tonsorial or naming choices, but they do possess powers beyond my understanding.
Their creative gift and hard work brings an incredible amount of life and detail to the work we do as performers. For instance, in my current production “In the Book Of” at Taproot Theatre, I was particularly struck by the wizardry of our sound designer during last night’s tech rehearsal. As we heard some of the sounds that would be enriching our play for he first time, several of us were struck with the sheer power of the designer’s creation and his ability to bring us into the internal world of a character simply through music and sound. We were moved. And we knew a depth to our work we hadn’t experienced before. It was a sublime moment that I’m excited to get to share with our audience.

So come join us! Partake in some theatrical wizardry!