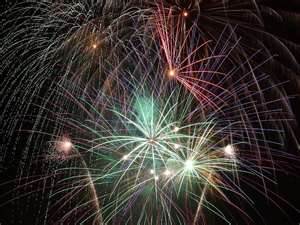 What have I been up to recently? Celebration.

Celebrating  a successful run in Seattle Shakespeare’s “Antony and Cleopatra,” about to go into it’s final week of performances at the Intiman Playhouse at Seattle Center. This play is EPIC. Grand in scope and scale. Imposing. It’s not only one of Shakespeare’s great ‘late play’ triumphs, with indelible characters and themes that resonate as loudly today as they did when first produced 400 years ago, but for the same reasons, it’s far from dry or tedious. Sex, Politics, Battles on Land, Sea, and in the Bedroom, Ego, Hubris, Humiliation, Comedy and Drama are just some of the elements which combine to create a story that spans 10 of the most tumultuous years in the history of the Ancient World. Go see it. Here’s a link to Seattle Shakespeare’s website for tickets and more information.

Celebrating the release of HALO 4. Yes, that HALO 4. THE HALO 4. “Why?” you ask? Because I now get to see my work fully rendered, voiced, realized. It’s such a privilege to have worked with the tremendous artists at 343 Industries to continue to tell the story of Master Chief and Cortana, and to help write another chapter in another grand storytelling universe. Here’s a link to CNN Tech’s Review of HALO 4. Enjoy.

Celebrating upcoming work! I’ve shot a pilot for Mighty Tripod’s “The New Jack” web-series, and am preparing to film a new role in Dead Gentlemen Productions/ Zombie Orpheus Entertainment’s “Gamers: Hands of Fate”. In January, I’ll begin rehearsal for the title role in Taproot Theatre’s “Jeeves in Bloom”, based on the P.G. Wodehouse stories of Bertie Wooster and his “Gentleman’s Gentleman” Jeeves.

Stay tuned, y’all. The best is yet to come.