So, it’s been a while. Those awkward moments when you attempt to re-establish a rapport after months away from a colleague, you know, the person you had that ‘finish-each-other’s-jokes’ vibe with; you know those moments. I hate those moments. I’m going to bullet-point this update just to get through with it, and then we can carry on like we used to back in ’13 (or maybe ’12).

– August, 2013 – “WATT?!?” was a big, vulgar, funny, provocative success during Village Theatre’s Festival of New Musicals. We got great receptions from our audiences, provoked lively discussion, and came a way learning a little something . . . about ourselves. (The more you know!) Last December, I was even privileged to re-unite with my “WATT?!?” cast-mates (you know who you are), band (ditto), musical director (Aaron Jodoin) and composer (the ever-awesome Brendan Milburn) to record the premiere cast album at Seattle’s famed Studio X (some minor bands like Nirvana, Pearl Jam, R.E.M.,  and Soundgarden recorded some marginally significant albums there.)

– October, 2013 – Much Ado About Nothing at Seattle Shakespeare Company. Really, there’s far too much for me to say about my experience in this show. I was given the opportunity to play one of the roles that got me interested in Shakespeare, and in Theatre. I was acting opposite a fantastic Beatrice, and with a tremendous cast of familiar and new faces. I was working with a director I for whom I have tremendous respect and with a company that has been one of my artistic homes. It was a dream job, and my hope is that I did justice to the role, and allowed the audience to enjoy what is one of my favorite plays. I haven’t read them (another post for another time), but I’ve attached some links to some of the notices we received from local reviewers:

Seattle Weekly- Opening Nights: Much Ado About Nothing

Jim Gall as Don Pedro, Matt Shimkus as Benedick, and Jay Myers as Claudio in Seattle Shakespeare Company’s 2013 production of “Much Ado About Nothing”

Matt Shimkus as Benedick in Seattle Shakespeare Company’s 2013 production of “Much Ado About Nothing.” Photo by John Ulman. 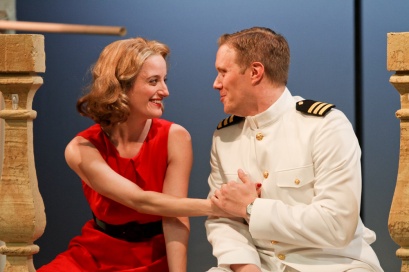 Jennifer Lee Taylor as Beatrice and Matt Shimkus as Benedick in Seattle Shakespeare Company’s 2013 production of “Much Ado About Nothing.” Photo by John Ulman.

So, there you have it! The latest news (a mere few months old)!

There is more to come, very soon!

And this time, I really mean it.

What have I been up to recently? Celebration.

Celebrating  a successful run in Seattle Shakespeare’s “Antony and Cleopatra,” about to go into it’s final week of performances at the Intiman Playhouse at Seattle Center. This play is EPIC. Grand in scope and scale. Imposing. It’s not only one of Shakespeare’s great ‘late play’ triumphs, with indelible characters and themes that resonate as loudly today as they did when first produced 400 years ago, but for the same reasons, it’s far from dry or tedious. Sex, Politics, Battles on Land, Sea, and in the Bedroom, Ego, Hubris, Humiliation, Comedy and Drama are just some of the elements which combine to create a story that spans 10 of the most tumultuous years in the history of the Ancient World. Go see it. Here’s a link to Seattle Shakespeare’s website for tickets and more information.

Celebrating the release of HALO 4. Yes, that HALO 4. THE HALO 4. “Why?” you ask? Because I now get to see my work fully rendered, voiced, realized. It’s such a privilege to have worked with the tremendous artists at 343 Industries to continue to tell the story of Master Chief and Cortana, and to help write another chapter in another grand storytelling universe. Here’s a link to CNN Tech’s Review of HALO 4. Enjoy.

Celebrating upcoming work! I’ve shot a pilot for Mighty Tripod’s “The New Jack” web-series, and am preparing to film a new role in Dead Gentlemen Productions/ Zombie Orpheus Entertainment’s “Gamers: Hands of Fate”. In January, I’ll begin rehearsal for the title role in Taproot Theatre’s “Jeeves in Bloom”, based on the P.G. Wodehouse stories of Bertie Wooster and his “Gentleman’s Gentleman” Jeeves.

Stay tuned, y’all. The best is yet to come. 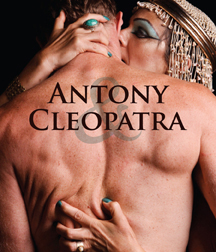 Yes, we’re coming to the part where I only really post about projects as they’re about to go into performance. I can find two reasons for this:

and 2) I’m busy enough that projects are coming one-after-another.

Of course, that should keep me blogging and posting: what with all the new experiences I’m having, new insights gained, old ideas rejected, etc.

But it doesn’t, which brings me to the topic of this post.  I’m currently rehearsing “Antony and Cleopatra” with Seattle Shakespeare Company. In it, Antony, living in the lap of Egyptian luxury declares “These strong Egyptian fetters I must break, or lose myself in dotage.”

Dotage: idleness, laziness, thoughtfulness. A static condition. Work gets in the way of this condition and propels one past idleness, through action, toward something else, whatever it may be. My focus when in rehearsal or on a shoot is on the work, the project, the process.

Over the next few weeks, I’m going to make the time to post about the work, the process, the projects that I’ve been involved in recently to give my uncountable online readership some digital love.